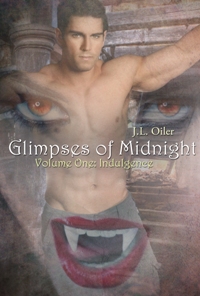 J.L. Oiler was one of the first people I met in publishing, way back when I first started in ebooks, and we share a publisher or two. I'm happy to have her come visit today to talk about her new release, Indulgence, volume 1 of the new series Glimpses of Midnight.

How did Glimpses of Midnight happen?

I received an email from the Staff at Rebel Ink Press explaining they’d come up with an idea for a cooperative paranormal series between myself and Suzzana C. Ryan. They provided this sort of vague mini blurb and left it our capable hands from there. Everything from the characters, subgenre's, locations, and heat levels were left up to the two of us.

What was it like to work with Suzzana C. Ryan?

Amazing! It was as if we clicked instantly, feeding of each other’s strengths and striding overtop and weaknesses. Suzzana is great to work with and I would not want to tackle this project with anyone else.

Was it difficult to interconnect the stories, yet produce stories that could stand alone?

Not really as much as you might expect. The two of us work so well together that when the characters seemed automatically fit into our given situations. We simply had to read the other persons work in progress and our minds began building on side elements and events to include into our own pieces.

How did you create this world?

Lots of Brainstorming and caffeine

Will we be seeing more from this series?

Certainly, both me and Suzzana are currently working on the next installments of the series which we are hoping to release in December!

So, give us a summary of your book, volume 1.

Carina is the only daughter of the dark lord of South Hedonism, Cyrus Bellefleur. Belonging to a city of Indulgence and decadence has its privileges but the half vampire half succubus is having a difficult time finding someone, or better yet more than just one someone, who can help her reach that ultimate orgasm. When a pair of human males are caught just outside the city walls the subject of the dark city desire nothing more than their immediate death. Carina however sees something special in the pair of well-endowed males.

Evan and Eric are the ultimate urban adventures. Therefore, when they hear rumors of a city hidden beneath their own beloved New York they cannot help themselves, they have to try to find it. Now as prisoners among creature they would never in their wildest dreams believed existed the pair of brothers find their fate lay in the hands of the cities sexy princess.

They discover survival depends on provide Carina with the ultimate in sexual satisfaction before her father discovers humans within the walls of his city in exchange the feisty woman might lead them back topside. There is however a catch, what if they really don’t want to go or she doesn’t want to let them?

Congrats on the new book, JL! 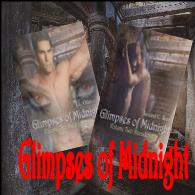 Check out the book at ARe or at the series' website.
Posted by Anne at 12:00 AM

Thanks for having me!