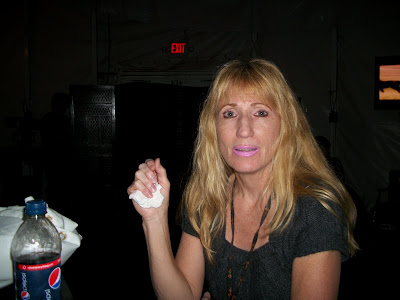 My daughter came home from school one day and said her friend asked her why her mommy didn’t have a job. I’d been an at-home mom since 1994 when my son was born and her question made me realize that, hey, now that both my kids were older, I really did have time to devote to something else. So, I went to the Apple store, bought a MacBook, and decided to write a book

After I had my novel professionally edited and critiqued by a published author who had once been an agent, it was ready. I queried agents and publishers and found Musa along the way. They accepted me into their group and my book was published on January 6 of this year.

Looking for a publisher or an agent is exhausting. There are a ton of resources and books listing hundreds of people and publishers and every week I would send out query letters. I received a ton of rejection letters but after awhile you become rather inured to the whole process, since it’s such a subjective business. What one person loves another person thinks is junk. But you press on and never quit and eventually, something will happen.

I was elated and jazzed and so incredibly thankful that I would be able to have my book read by someone other than me and my dogs!

Most people are aware of all the Amber Alerts in California, missing children’s parents on the television, constant news releases concerning murders of children. These occurrences made me wonder how I would feel if I lost my child at birth. I dug really deep to get in touch with the emotional side of this and as far as I can tell from the reviews, I think I pulled it off.

What books have most influenced your life most?

I adore Richard Paul Evans, Nicholas Sparks, Jodi Picoult, and Debbie Macomber. They are all completely different from each other in the way they write; but every single one of those authors makes me feel something when I’m reading their work. That’s what I hope to do when people read my books.

I discovered Barbara Freethy after I got a Nook for Christmas and now I can’t stop buying her books. She writes what I term “women’s fiction” and I love her.

I am currently editing Brenda’s Wish, a novel about a single mom living in San Francisco with her 17-year-old son. Her ex-husband, who is a cop, is murdered and both she and her son are suspects. It’s a tangled yet emotionally satisfying story that has a happy ending.

What I learned from writing Moon Over Alcatraz is that, given the right circumstances, I can see how a couple could drift away from each other after their child dies, instead of coming together to share their grief. Losing a child is such an emotional maelstrom that I don’t think anyone can predict what they would do if it happened to them.

Don’t ever give up on your dream of being published, whether traditionally or self-published. You can do it if you believe in yourself and write the best book you can.

I love belonging to online writers’ groups because it’s a non-competitive, open, sharing, wonderfully supportive group of individuals who help you while you’re writing, whether you get published or not. Only writers seem to be able to “relate” to what it takes to write a book and try to get it published because I sure had NO idea what it was like before I started this process.

Tell us a little something about yourself that we don't know.

Learning to ride my 1,425-pound Friesian horse, Maximus, is much more of a challenge than riding a book. 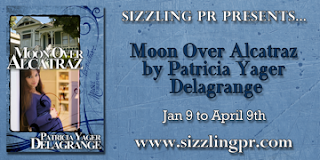