An Extra #samplesunday for Canada Day

Happy Canada Day to all my friends, family, readers and fellow writers!

To celebrate, here's a sample of my contemporary romance novel bringing some sizzle to the Canadian North, Strings Attached.

When Canadian rancher Josie Sergeant gets a call from her brother announcing his impetuous decision to marry, she has her reservations. But, when her brother’s would-be brother-in-law swoops in from Australia to stop the wedding, Josie has no choice but to defend the family.

Theo Sabich is bull-headed and dangerously sexy, but also damaged beyond repair… or so he thinks. He enjoys getting on Josie’s nerves, but when he finds her getting under his skin he must decide - face his demons and grab this last chance for happiness or bury himself in his lonely Outback ranch once and for all.

Under the northern lights, their attraction ignites beyond their control, and Josie finds that a one-time “no strings attached” release of passion is easier said than done when love is hanging by a thread.

But how will they bridge the difference between two worlds, let alone conquer the wounds of the past and find the courage to live again?

Josie led him away from the house, allowing for his hobbled gait. Finally, she stopped and spread her arms out. “There!” She exclaimed it proudly, with small puffs of breath hanging white in the air. They were outside of the circle of light from the house, and Theo didn’t know what she meant for him to look at.

“What am I supposed to be seeing?”

“There,” she grabbed him, and pointed up, “look!

In the sky, a glowing milky-blue and green belt danced in the heavens. Clouds, shining in their reflected light, moved as if making way.

Theo couldn’t imagine that there were places in the world where such things regularly appeared. The light seemed to flow like water, blue changed into white, and vivid green ribbons highlighted the ripples.

Josie watched Theo’s face. She was glad that he liked this place. She knew it was impressive, astounding even her and she’d been born here. To a man from a dry and hot frontier, it must seem like magic.

And Theo saw it that way.

Suddenly, as if a Hollywood director had ordered it, a lone wolf howled in the distance. The effect was magnificent.

Theo stood in awe of the wild beauty to which he bore witness. There were people who went their whole lives without witnessing something like this, and he was grateful to Josie for showing it to him.

“I can see why you love this place,” he looked down at her. “I could too, and I’m only just come.”

The air was thick with the words. Yes, Josie thought, I want you to love it, too. But she left the words unspoken. Mostly because she wasn’t sure why she meant them so strongly. Instead, she removed her glove, and reached up to put her fingertips to his jaw line. He hadn’t shaved, and bristly reddish stubble tantalized her hand. Green eyes captured golden ones, and both shone with the sky’s light. Josie raised herself up, laying herself vulnerable for his rejection, but he didn’t spurn her. He lowered his head to hers, and grasped her waist through her wool mack.

Her hands ran through that thick curly hair she’d longed to touch, and she pressed her lips to his. Slowly, hotly, their lips and breath mingled, and the tingle of it danced along their mouths as the light did in the sky. Josie worked a hand beneath his jacket and under his shirt where she found the warm skin of his strong back. She wanted this kiss as she wanted every next breath. She made a small, urging noise in her throat, primitive in its demand for more.

Theo’s big hand slid with surprising softness from her hip. It paused on her belly for a moment, then leaving it for the ridge of her rib cage. Up it traveled, until it grazed just beneath the softness of her breast.

Sighing, Theo deepened the kiss, demanding as much as she could give.

Josie responded in kind, opening her lips in bold invitation. This time he accepted.

The kiss invaded her senses and searched her mouth for its secrets, and she offered no resistance. Josie reveled in the masculine sound of his breath, as it came now in quiet, but excited huffs. The soft sounds of their lips on one another were like the finest music to her. It caused her heart to thump against her chest, as if it were calling to his.

It lasted seconds or minutes, she didn’t know, but it ended too quickly. He lifted his head and watched the deprivation slide across her features.

Josie smiled up to him. She could tell by his face that he was far from unaffected by that kiss. But he sat her away from him and straightened to his full height, taking a staggering step back from her.

“I...” he started, but stopped. Finally he just limped away, back into the house.

Josie blinked after him. Untried feelings still coursed through her veins, and now he was gone. She felt bereft. He was running from her, again. Mentally, she rolled up her sleeves, and followed him in. 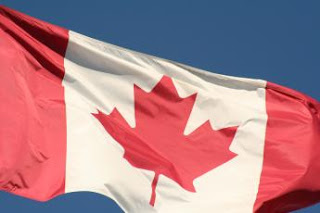