A Bit of Textbook Romance for #samplesunday! 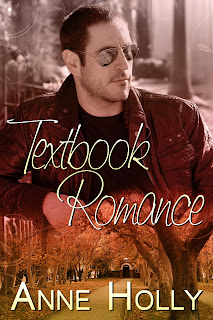 My newest novel, Textbook Romance, debuted on Pink Petal Book's website on June 7th, where it happens to be 15% off in advance of wide release in a couple weeks!


Chase after love? As a single mother, Professor Liberty Sullivan knows better. Between her flighty mother and a disastrous history with men, she's pretty much soured on the whole concept of romance. Personal freedom and self-reliance are her new guiding mantras. Raising her son and being a career star are the most important things now.


Join us back here on June 22 for the official grand release celebration!