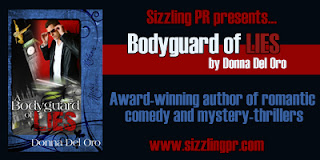 I’ll never forget my last English department meeting. Several of us were retiring that June and at the May meeting, our department chair asked us what we planned to do in retirement. The replies ran the gamut from the usual (“I’d like to travel more” and “I’m going to spend more time with my grandchildren”) to the unusual (“I’d like to start a second career” and “I’m going to write a novel and get published”). The last reply was mine and our department chair’s response was to laugh and say, “You’re too old to start a writing career.” Well, I never liked the woman, anyway, so I wasn’t surprised or too offended. This was typical of her. And she had no idea that inside, there lurked a thirty-something, kick-ass redhead who always liked a challenge. At the meeting, a colleague of mine took umbrage, puffed out her chest and said, “Well, why not?”

I wondered about the old stereotypes about retired people. Most media images showed senior citizens rocking on their porches with their grandchildren or volunteering at local libraries and food kitchens. Nothing wrong with any of that, of course, but I’d always had a longing to be more creative and produce a product beyond my weekly lesson plans. The urge to create was strong and I’d often read books and thought, “I could write a story just as good or even better than this one. At least, I wanted to try.

By the time I got home that day, I was asking myself, “Yeah, why the hell not?” We come through this lifetime—from all empirical evidence, anyway—only once. Each day is a gift and should not be wasted. Each and every one of us has some kind of creative urge or talent. I’d been raised to believe that one should never say, “I can’t”, but instead should always approach a seemingly impossibility with, “How can I?” From the day I walked out of my high school for the last time as an educator in 2003, I was asking myself, “How can I?” How can I learn to become a good writer, learn the current cinematic style of writing popular fiction—my perceived route to publication—and how can I get published?

Books on writing fiction, many meetings of the Valleyrose chapter of the RWA, many rejections and many critique sessions later—four years worth—a publisher offered me a contract for my first completed (and many times revised) manuscript. My women’s fiction novel, OPERATION FAMILIA, saw the light of publication into print form and three years later, won an award for Second Prize in the Romantic Comedy category of Latino Books into Movies Award, sponsored by Latino Literacy Now (an organization founded by Edward James Olmos, the actor, writer and producer). The judges were people in the Hollywood film industry. That book was only the beginning.

So if anyone ever laughs and says, “You can’t,” always think, “Oh yeah, how can I?” or “Why the hell not?” After that, the journey is, well, maybe not easy but certainly possible. Overcoming society’s stereotypes of age, gender, socioeconomic circumstances, birth, race, and education is a challenge but definitely do-able. These stereotypes are a nuisance, irritating background noise, and must be ignored. Turn a deaf ear and listen to your own voice, saying “Why the hell not?” It’s the only voice that matters.

A BODYGUARD OF LIES (released Jan. 13th) has a dual setting, a contemporary one and a WWII/London setting. It's a blend of romance, mystery and WWII espionage. I researched it while in England, Ireland and Germany in 2009. The story involves a Jewish-American FBI analyst, who's recruited by MI-5 to go undercover and investigate a naturalized American grandmother. The elderly woman is suspected by MI-5 of being a notorious Nazi spy never caught by the Allies during the war, who caused the deaths of thousands and is wanted for war crimes. Jake Bernstein runs into a series of unexpected obstacles and complications: This spy knows a secret that could endanger the royal family; the old woman has a beautiful granddaughter who threatens to derail his investigation; a neo-Nazi group in Ireland known as the Celtic Wolves; and a clever, cagey old woman who's not as weak as she looks.

Donna Del Oro spent her childhood in two places, Silicon Valley, CA and the countryside of East Texas, as her father tried several job opportunities. Finally settling in Silicon Valley, she grew up in a bilingual, bicultural world--Spanish on her mother's side and English on her father's. Comfortable in both worlds, she decided upon retiring from teaching to write about her Hispanic side. Four women's fiction books resulted and a series about professional singers, their careers and love lives. Retired and devoting much of her abundant free time to exercise, writing, singing and her grandson, Donna has finally reached a point in life that totally satisfies her. Life is good and she has no complaints, just a lot of gratitude for her many blessings.