Nancy LaPonzina tells us about her new release, Nardi Point, available April 17 from Rebel Ink on Amazon and other ebook retailers.

When a story appears that's shaped around reality that always doubles my interest level! I suppose because I like to learn a little something with a good book. Nardi Point is such a story. Set in Raleigh, North Carolina, listed in recent magazines as a city ranked in the top ten places to live in the United States, this women's fiction follows a successful Information Technology couple and their pursuit of a home and family.

Should the past make way for the present...

Stylish, brunette Laurinda Elliot is the type of accomplished business woman glossy magazines feature on their covers. Effectively managing a software product development team in Raleigh, North Carolina, Laurinda's drive and savvy delivers all the perks: an upscale townhouse, Porsche Boxer convertible and designer clothing. Yet she now yearns for a different success—one that brings surprising first time experience with vulnerability. Her uber software code developer partner Dan Riser, can't buy into the new direction she leads them, but goes along to keep the peace, and more importantly, beautiful Laurinda.

Or the present make way for the past—and love...

When prehistoric Native American pottery artifacts are discovered on the couple's North Raleigh building site in the Nardi Point subdivision, the ancient past collides with the present and Laurinda and Dan's relationship hangs in the balance. Laurinda must trump construction economics and greed to preserve commitment to her dream, uphold her friendship with holistic healing practitioner, Leyla Jo Piper, and answer to a new romance, all while attempting to conserve North Carolina history. Will digging up the past, bury her future? Nardi Point explores the thread of life that blends past, current, and future to recognize the importance of knowing who we are in the story of life.

You can't make this stuff up! Artifacts, both historic and prehistoric have been discovered in the Piedmont region, up around Falls Lake, north of Raleigh. Early Native Americans some 10,000 years ago followed trade routes that purposely led along the Neuse River to hunt and fish. This is particularly amazing since the Egyptian pyramids are only some 3,000 years old. They migrated to coincide to when fish heavily populated the river, then caught and processed the fish to store and trade. Some 41 sites around the lake were identified for archaeological exploration. And indeed, Prehistoric pottery sherds, pounding/scraping implements, and other primitive tools were unearthed.

The importance of carefully retrieving ancient artifacts from the earth has all to do with carefully examining where the artifact was found, and with what surrounded or accompanied the artifact. It's called provenience, or context. Archaeologists can determine for what the object might have been used if it's found near charred wood, for instance. Perhaps it was a cooking vessel or tool. In the case of irresponsible artifact hounds, or potstealers, the items are pulled from the earth, sometimes by large backhoes. This indiscriminate removal completely destroys any context for how or why an artifact was used–forever. There is no going back.

Laurinda Elliot faces the dilemma of her personal dream to build a home and start a family, securing her relationship with Dan, against the builder's greed to just build right over the artifacts discovered. This spring, Spike TV plans to air a reality series called American Digger. The American Savage team plunders archaeological resources across America. The cash they get from selling the artifacts to buyers and collectors is divided between the landowner and the team. Laurinda, with Leyla Jo, must confront this mentality and recognize their role in the human story of life — Nardi Point. 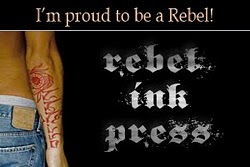 Find Nancy LaPonzina at:
Blog
Facebook
Twitter: @NancyLaPonzina
Or email her at: oywriter@embarqmail.com
Posted by Anne at 9:00 AM

You go girl - I've downloaded and will be reading shortly. Can't wait.

At first I couldn't believe they would air a show like that, but unfortunately, I can. Hopefully reading Nardi Point will help people understand the importance and proper treatment of our artifacts.