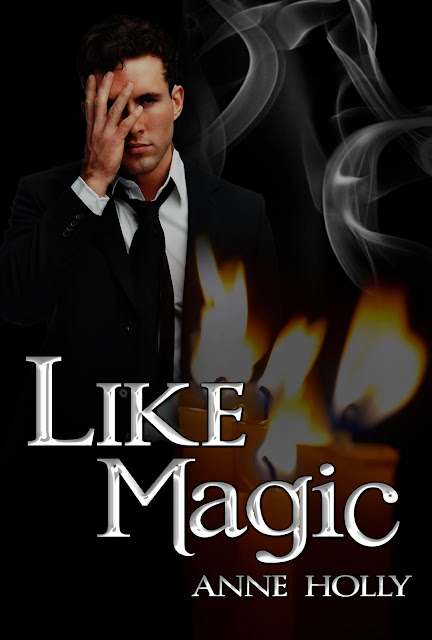 The cover for my next release has been finalized. Like Magic is the Halloween installment in my series of holiday romantic-erotica shorts with Rebel Ink Press, and the cover is absolutely perfect! The book is still in editing, but I think it'll come out in October 2011.

Ian Hannigan was having the worst day of his life. A real estate prospect turned out to be a prank, his car has been stolen, and he’s stranded in the worst neighborhood he can imagine on Halloween night. If he believed in magic, he would swear he’d been cursed. Nothing could possibly make this day any worse or better… That is, nothing but Raven, a mysterious occult shop owner who not only claims to be a witch, but insists that she summoned him as the answer to her aching loneliness.
Ian’s night just got a lot weirder. And his love life just got a lot more interesting.

Thanks to RIP cover artist Carl J. Franklin!
Posted by Anne at 7:00 PM