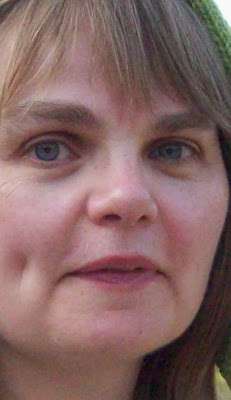 Mark Twain did. Why would you? Why did I self-publish?

My reasons were two-fold: to retain control and for educational purposes.

1999 was a tremulous year for me. The death of my mom sent me into a deep depression. Seeking a place to heal, my husband and I moved to Mayne Island. It was on this magical island that I began to rebuild my life. I longed to learn more about my new home and found Marie Elliot’s writing. Her article “The Japanese of Mayne Island” seeded my imagination and I began to write Maynely A Mystery.

As I wrote, my vision for this book grew clear. I knew who my target reader was and I felt I knew how to reach them.

I grew wary of involving someone else in my plans. Would they love this book as much as I do? Would I have to compromise my vision? Fearing the worse, I felt self- publishing was the only solution.

The longer I considered this route the more benefits I saw. I’d never written or published a book. Self-publishing would educate me on all aspects of the industry from designing the cover to marketing.

In June 2009, I self-published Maynely A Mystery. My target readers did find me. 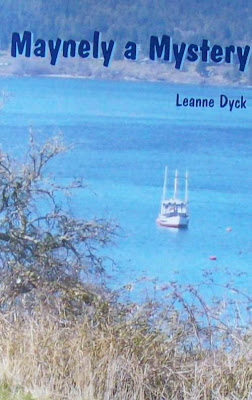 ‘Rumours of gold, a secret lover, ghosts and other mysteries create a labyrinth of intrigue as Maynely A Mystery traces the lives of the story’s animated eccentric characters. Author Leanne Dyck knows her craft, her audience, and her setting. Her novel provides a voyeuristic glimpse into human character and island life.’
- Terrill Welch (Leading Raspberry Jam Visions: Women’s Way)

Maynely A Mystery is sold in bookstores on Mayne Island, Salt Spring Island, and McNally Robinson Booksellers in Winnipeg, Manitoba.

I’m thrilled at the success my cozy mystery has achieved.

Would I self-publish again?

There is, of course, a solution to print –ebooks. Ebook printers such as Smashwords take a percentage of sales.

The other problem I encountered in self-publishing was marketing. I didn’t hesitate to think outside the box. I organized a book launch/party. I contacted magazines, radio stations, ezines, and book reviewers. I visited bookstores. However, with my limited resources and sales skills I meet roadblock after roadblock.

Frustrated, I sought an alternative. Where did this search take me? Please read my next post, on Thursday...

***
Ever since Leanne Dyck was old enough to hold a pen, her dream to write a book. Leanne began her career by writing short stories, flash fiction, poems, as well as articles for knitting and business magazines. Her work appeared in Island Writer--the literary journal of Vancouver Island and the Gulf Islands. She read her work over the radio and at the Abbotsford Tradex. These early successes lead her to self-publishing. June 2009, Leanne published a cozy mystery--MAYNELY A MYSTERY. (Soon) Leanne's paranormal psychological thriller THE SWEATER CURSE will be published by Decadent Publishing.
You can learn more about her and her work at her website or blog.
Posted by Anne at 9:05 PM

Thank you, Anne, for posting this. I'll link to it. I hope others enjoy reading about my writing journey.