To many people over the age of ten, Christmas entertainment can be a bit tiresome. For example, I absolutely loathe holiday parades, especially those in the cold weather - Oh look! People in chintzy costumes! And they are walking. And waving! And I got a ten cent candy cane for my trouble. Yay!

But, I must admit that I actually like Christmas movies, to be honest. It is not that I believe that the magic of Christmas always brings out the best in everyone, and troubles miraculously disappear if you only believe hard enough, yadda, yadda, yadda. Rather, it is that I enjoy the mythology of Christmas films, as well as that crisp hope that radiates from some, or that callous spite that rolls off others. Truly, there are few movie seasons like Christmas, so I find myself jumping at the chance to pick and choose my favourite ones.

Be warned, though: I am not terribly traditional in my definition of Christmas movie, but there are some limits. Unlike cable TV, I refuse to believe that My Fair Lady (which I believe takes place in Spring) or The Sound of Music (which, aside from the words “crisp and white, clean and bright” is not all that Christmassy, really) are Christmas films. Therefore, I will try to give brief reasons why each film is a holiday film in my book. 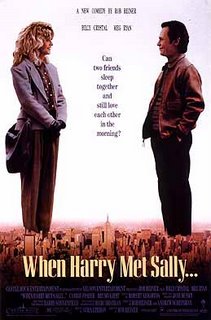 Now, people try to pin romance on Valentine’s Day, or possibly lazy summers by the lake, but, for my money, those last weeks of December and those first nights of January really make up the Season of Love. This is why every Christmas, I start leaning towards the rom-com genre, which, luckily, has a good crop of Christmas crossover appeal. A sure fire bet, and one of the best romantic comedies ever made, is When Harry Met Sally…. Sure, purists may deem this not a holiday movie, but when Harry runs into that New Year’s Eve dance to find the woman he has just realized he loves, and says those great words… You get the idea. (Love + magic + decorations = Holiday, ok?) This movie always tops my holiday viewing list – enjoyable story and good characters, and, let’s face it, Billy Crystal has never been more loveable before or since.

Of course, if your mood for romantic comedies requires a larger portion, you can’t go wrong with Bridget Jones’s Diary, or the rash of hip British winter-themed romantic comedies that followed it, including About a Boy (“Santa’s Super Sleigh” kills me) and Love, Actually. Still, for my money, WHMS is the tops.

However, while the holiday season is the perfect time for love, it is also a great time for disaffectedness, alienation, existential angst, and abject romantic poverty. If this group includes you, you will find your comfort in the numerous anti-Christmas pictures made over the years. I am tempted to throw The Eternal Sunshine of the Spotless Mind in there (hey, there was that one Christmas scene… right?), but my pick for this category would have to be, for modern stuff, The Ice Harvest, which is about as cold a holiday film as you can get. The clue: when someone’s wife is found dead kneeling over her Christmas presents on Christmas Eve, this is not a feel good film for the joy of the season. A contemporary noir, The Ice Harvest is often grizzly, but seldom dull, and it illustrates nicely how everything can go to hell at Christmas.

In terms of classics, I find it odd that no one recognizes Chaplin’s The Gold Rush as a holiday film. The fact that it takes place in snow helps, of course, but the Tramp’s dejection on New Year’s is a tragedy that plays itself out so regularly during the festive season that one cannot help but see this comedy masterpiece as a timeless tale of Christmas blues.

Now, classics buffs would scream if I did not mention It’s a Wonderful Life.

No, seriously, It’s a Wonderful Life is a fine film, though not as sugary as it has been cracked up to be by parodies and memories. Sadly, the film's dark undercurrent of suicidal tendency is probably all too relevant for the holiday season. However, if we are going for Capri-corn, I have to suggest a lesser known but just as enduring and touching film, Meet John Doe. “John Doe,” played by the always alluring Gary Cooper, is a man seemingly pushed to his limits by the inhumanity of the system, and who demands that the world change, or he ends it all on Christmas Eve. Of course, in the meantime there is love, hard-bitten reporters and other things we have all grown to demand from 1930/40s melodramas, but there is also heart and wit here, too, and I find it an unforgettable film. 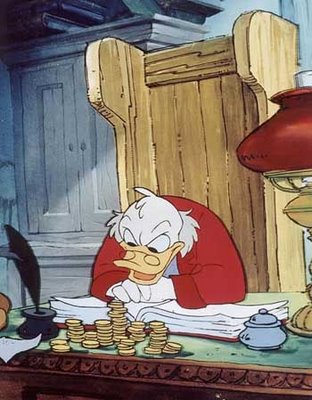 Next, we have a story that is very nearly a genre in its own right – Dicken’s A Christmas Carol. This is an oft-told tale, but one you’d be hard pressed to dislike. It's one of my favourites, all year round. Scrooge, the iconic miser, is about as great as a character gets, and the basic myth of Christmas presented in this story makes this a permanent foundational text of our culture. However, not all versions are created equal, though I’d say you’d be safe watching any version shown on late night TV on Christmas weekend (there is a certain thrill to watching this movie after midnight on Christmas Eve – check it and see). My favourite all time versions have to include the beloved Bill Murray updated version, Scrooged, the classic 1951 Alastair Sims version Scrooge (they dropped the fancy title in honest recognition of who is the real attraction of this story), and the cute Muppet’s Christmas Carol staring Michael Cane as Scrooge, and Kermit as Bob Cratchit. However, even less glorified versions deserve a look in, such as Patrick Stewart’s HBO rendering (featuring the wonderful Joel Grey and Richard E. Grant in supporting roles).

(Best Christmas line ever? “Must I be accosted by these blasted sea urchins?”) 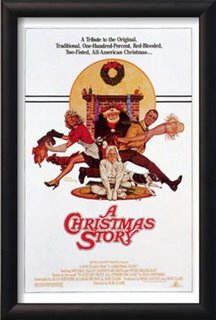 Finally, the best and the greatest of all Christmas movies, as even acknowledged by its unvarnished title, has to be A Christmas Story. Maybe the title doesn’t even ring a bell, but the gist should come back to you if I yell, “You’ll shoot your eye out!” Remember it now? A beautiful piece of American nostalgia, this film reminds us that it isn’t always about getting exactly what you want (because answered prayers can still turn bad), or about having a perfect family or home. It is about the kind of memories that the holidays leave you with that matter in the long run. And a perfect holiday meal can be served at your dining room table or at a Chinese restaurant, but that makes it no less perfect.

So, no matter what you like to watch, Christmas and seasonal films can entertain, warm the heart and delight the soul, and there is a wide variety for them to choose from. From the absurd to the sublime, Christmas has become part of our shared cinematic heritage, so stay in, hug someone you love tightly, and enjoy the season of screen magic.