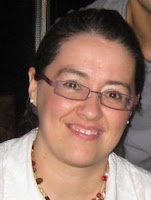 Jackie M. Smith is a Canadian romance novelist whose historical romance, A Soldier's Vow, explored love in WWI Europe, and is now releasing her WWII novel, Forever Yours.


How did you get into writing?

I've been writing short stories and poems since my teenage years. For me, it was a source of relaxation and a way to express my creativity.

The moment when I decided to make the move to published was a very scary one. I wasn't sure to show my work to anyone. Deep down, I knew it was good. So, I went on the internet, looked for a publisher and sent my manuscript without thinking twice.

Finding a publisher is not easy in this day and age of internet. There are a lot of e-book publishers and traditional ones. As a writer, I had no idea where to get my book published. The publishers I did know were the ones who had published authors like Danielle Steele and Margaret Moore. When I did find a publisher, I was so happy. But that happiness ended abruptly because the publisher was a self-publisher. I had to manage all my promotion and it cost me a lot of money.

A WWI documentary inspired my current release. Learning about the Canadian soldiers and their courage during the First World War brought so many questions and answers all at once. This war is so unknown compared to the Second World War. When I started jotting down ideas, a story formed. 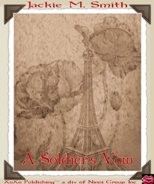