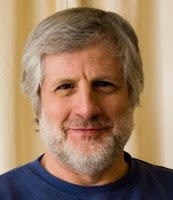 Married, with a teenage daughter, Stuart Aken began writing illustrated articles for the photographic press in his teens. His first fiction success, Hitchhiker, was a play broadcast on BBC Radio 4 as a Radio Times contest prize-winning play. He has had stories published in small press magazines and has twice won Writers’ Forum short story competitions. His romantic thriller, Breaking Faith, published by YouWriteOn, is his debut novel. Currently he’s working on a fantasy novel, for which he hopes to find a publisher soon.

How did you become a writer?

The first indication I had any writing ability came from winning a prize for an essay as a 14 year old. My English teacher, Stella Kelsall, praised my style and imagination and encouraged me to write. That she was a sexy lady who bent over me whilst wearing low-cut blouses probably influenced the ambitions of that 14 year old boy!

I regularly wrote illustrated articles for the British photographic press from the age of 19 and had a play, Hitch Hiker, broadcast on national radio in the 1970s. That brought contact with an agent, who urged me to write for TV. I spent a lot of time doing just that, without being produced but always coming close. My output was too controversial for the rather conservative channels.

A lengthy period of debilitating poor health and a failing marriage stopped me writing for some years.

When I met my current, lovely wife, Valerie, 24 years ago, I began writing again. Family life and domestic and work-related upheavals meant I wasn’t able to give it the attention it deserved but I had some competition successes and a few short stories published in small press magazines. This was when I really served my fiction apprenticeship; writing 5 novels (none published, but great learning material). If you want to know more about me, please visit my blog.

Your novel, Breaking Faith, is classed as a romantic thriller. What is it about?

Breaking Faith is primarily a love story. But, fascinated by how innocence and corruption interact, I chose a naive young woman for my heroine and placed her with a worldly glamour photographer, his models, and the misogynist villain that was his photographic printer.

Faith, brought up by a hypocritical Bible-basher, in isolation, has no knowledge of TV, radio, newspapers or much of what we take for granted in modern life. Faced with the changes her work for the ruggedly handsome and charming Leighton brings, she must grow rapidly and learn fast. Totally unaware of the likely consequences, she invites her beautiful and carnal sister into her life, just as she realises she is falling in love with Leighton. The competition for his affections is decidedly one-sided, of course.

Battling rejection, the threat of rape, ignorance, the impending death of a newly-discovered parent and the insane jealousy of a rival, Faith must adjust and fight if she is to gain the prize she seeks.

Set during the heat wave of 1976, the action takes place before the advent of mobile phones and the internet.

I was on a quiet walk in the area I eventually set the novel; an area of outstanding natural beauty in , called the Yorkshire Dales. Sparsely populated, it is considered by many to be the best walking country in . A small area of sink holes, vertical caves, peppers one wall of a steep sided valley in the northern Dales. I was peering into the dank, dark depths of one of these and the thought visited me, ‘What if I found a body down there?’ From this simple question, the novel evolved. It grew to encompass my passion for justice and my attitudes to organised religion, but the message is secondary to the story. Those who’ve read and reviewed the novel have all said it was a book they could not put down.

What advice would you give to aspiring writers?

I’m still serving my apprenticeship, so my advice can only be from limited experience of publication and writing. Writers need to learn all the time, or they become stale. My advice would be to write from the heart but to edit from the head. Work in your own way and ignore all other ways of writing, once you’ve found your ideal method. I have to complete a first draft before ever looking back at a word of it. Others have to get everything right before they move on. Use whatever method you chose, but write every day. And read, read, read. The best writers are those who’ve mastered the intricacies of our wonderful language but do so without it showing. And the way to achieve that effect is to learn from the great masters. Read, read, and read.

Avril Field-Taylor says: ‘Stuart Aken is a talented man in all senses of the word. He has overcome reverses that would flatten most people. Happily married for many years, he has found success in various spheres of the working world. His abiding passion, though, is writing, although he would probably call it a compulsion. Successful crime writer Penny Grubb says of Aken's writing that it has a magic quality achieved by few. High praise indeed.’

Stuart Aken runs a blog at http://stuartaken.blogspot.com/ and a website at http://www.stuartaken.co.uk/ His book is available via both of these sites and both will be of interest to readers and writers.

Thank you for this opportunity to air my thoughts, Anne. Much appreciated.

'Breaking Faith' is very much a multi-level read, that leaves you chewing over aspects long after the novel is completed. But there again, Stuart Aken is a multi-level man. It's good to see him being featured for a change. He welcomes so many others.

I couldn't put "Breaking Faith" down. As Linda Acaster says, it can be read on so many levels. The love story has enough tension to keep the reader hooked. But when you consider the character of the landscape in which the book is set, what is real against what can be seen through a camera lens and the way in which the author makes the reader really care for Faith, you have a fascinating read. In the abhorrent hypocrisy of Heacham, Stuart Aken typifies all the control and power that paedophile priests have been practising for so long and which has only recently come into the full light of day. A powerful, thought-provoking and at times, disturbing read and one worthy of your attention.

I've said it before, but it's worth repeating, Stuart Aken has a writing style that sets him apart. At its best (as it often is) it is compelling and unputdownablw. I shall not be surprised at all to see him hit the big best seller lists one day. I also recommend his blog. It is full of both useful and interesting content.

Excellent advice to “write from the heart but edit from the head”. I would expect no less from this prolific author with a talent for storytelling.

You are all so kind. Thank you for these comments, which I greatly appreciate.

It's funny, Stuart, to read that one of your earliest encouragements came from a teacher wearing low-cut blouses. But I guess we have to take inspiration where ever we can get it :)

I liked and agree with your notion that writers should write from the heart but edit from the head.

Right, Terry; that lady made a deep impression on me - but I was just a kid, after all. And I always wanted to thank her publicly for her interest; of course too late now, the lady will be in her 80s and, as a heavy smoker, probably no longer with us.