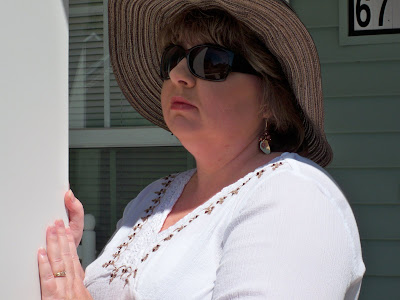 Lila Munro is a writer of contemporary romance currently residing on the coast of North Carolina. She is a military wife and takes much of her inspiration for her heroes from the marines she’s lived around for the past fourteen years. She is currently under contract for two novels and a collective anthology with Wild Horse Press, and a third with Whiskey Creek Press. When she’s not writing, she enjoys reading everything she can get her hands on, trips to the museum and aquarium, taking field research trips, and soaking up the sun on the nearby beaches. She loves to hear from her readers and can be contacted via her website, her joint effort website, Wicked Muses, or through Facebook.


When did you decide to make the move to “published?”

I have been writing since I remember being able to spell. I was forever making up stories as a child, in fact one Christmas I asked for a typewriter and Santa delivered. He brought a mini-child-size typewriter and I wore it out pecking away. During my sixth grade year, I had a wonderful creative writing teacher that really encouraged me and was the first to tell me I had a knack for carrying a story line. I think that’s where the seed was initially planted. From there I wrote sporadically, though it wasn’t until a little over a year ago I decided to do something about it. I’m a military wife, and after moving to a new duty station was unable to find a job. I decided staying at home wasn’t all that bad, and, after reading several romance novels that left me wanting at the end, I decided to resurrect the writer in me and give it a shot. A few months later I received my first contract and things have been full ahead ever since.

My first initial reaction was disbelief coupled with shock. Then that gave way to utter jumping up and down joy. Followed by more shock and a surreal feeling. My debut novel hit the e-shelves August 10, The Executive Officer’s Wife, and even though I can now see the result of that acceptance notice, some days it still seems like I’m caught in a dream.

My current release, Bound By Trust, is about a war widow, who not only struggles with the grief of losing her husband, but is faced with the fact that he led a double life the entire time they were married. Being from a military community, I see things the rest of the world is sheltered from--the ugliness of wartime and the results of repeated deployments and, unfortunately, casualties. Choosing this story line was not an easy undertaking, but I wanted to show people that even though we live this precarious life and sometimes the worst of circumstances do occur, it is possible to rebuild and move on. The added drama of Gage’s double life was just that added drama—I am a conflict queen and so tossed in the added burden of his lifestyle outside the confines of his marriage. Although, I have seen instances of this very thing happening in the military community, so it wasn’t that far-fetched that this would happen.

For new writers, my advice would be to never give up, and always, always aspire to do better. If you receive a rejection, don’t whine or complain. Brood a bit if you must, but move on. Figure out what you are doing wrong and fix it. If grammar is your issue, fix it. If it’s spelling, fix it. If it’s poor character development, fix it. For me, I have a terrible affliction called MMS (multiple muse syndrome). No matter what I do, I get inside too many heads at once, and heaven help me the points of view shoot off the charts. I am currently learning to reign that in and stay in one characters head at a time. I’m also famous for telling people write what you know and do your research.

I belive this is paramount. Writing can be a very lonely life. Most days, it’s just you, the PC, a few red pens, and a good frappe. Friendships and support from other writers can keep you grounded and sane and in touch with the real world. You can also learn from your fellow writers. Create a critique group with a few other writers. Exchange work and ideas. Of course, this requires a certain degree of honesty and being able to handle the truth. I think true friends can deal with constructive criticism though, and if you are respectful with each other, there is nothing to fear.

Thanks so much for having me today, Anne. And, thanks so much to the readers for stopping by. Don’t forget to drop by tomorrow for details concerning the release of Bound By Trust. 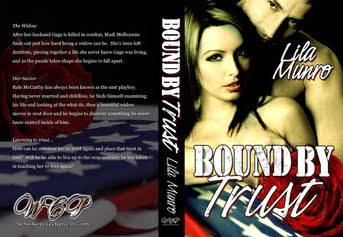 Love the interview and congrats