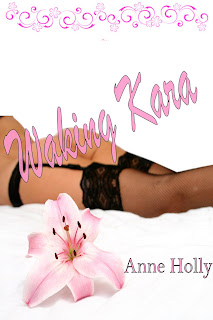 October 10, 2012. Today marks two years since my first title, Waking Kara, hit Amazon. I remember it was Thanksgiving when I got the email that the story (set for Oct 11) had gone live a few hours early. I was so clueless at the time, I didn't even know when it was expected to be released. It was a grand moment, seeing my title on the major online bookstore. I felt like a "real writer", I admit.

Two years... It doesn't seem like that long ago at times, and other times it seems much longer, but the numbers don't lie. It makes me think about whether I've progressed, or not, and how I feel my "success level" has been. Well, I can go to StarBucks without being mobbed, so I'm no sensation (yet). But, two years and eleven titles later, I feel like I've progressed in many ways.

I've released two novels that I'm proud of, and a number of fun shorter works, and received some half decent reviews for my troubles. This little book has sold over 100 copies, which is not great but not the worst record in small publishing, I'm sure. Over the past year, I decided to discontinue some subgenres, and have moved into new territory. Since that first book, I've quit the whole business numerous times, yet still went on to "release just one more title." It's been bumpy, and not always fun, but it's been a challenge, and that's all you can ask of any endeavour.

It's been a grand two years.
Thanks for reading!
Posted by Anne at 11:00 AM