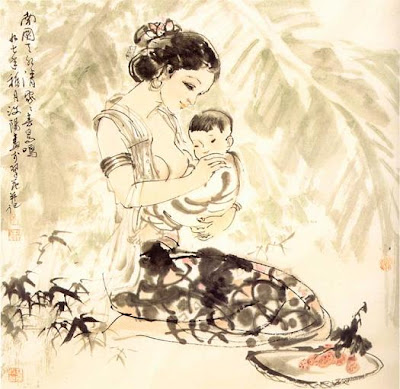 I was reading a HQ SuperRomance a couple of days ago that dredged up one of my pet peeves.

I can't stand it when children are more like props than actual characters. Yes, occasionally they talk, but when they are just "Generic Girl Child Aged 3" it looks like no effort is put into making them real people. They weave in and out of the story only when needed - usually only as a source of conflict for either party as they anguish over having a "readymade family" to deal with. The main characters are very seldom home, with the child in any convenient care (daycare, with the neighbours, etc) - some books don't even bother to explain who is watching the child while Main Character 1 and Main Character 2 are off having their passionate picnic. (What parent goes on a daytime picnic in a pretty park without at least wondering if they should bring their child?) The absolute worst: When they are merely written into the book so they can sustain some major medical trauma for the purpose of bringing the parties back together again, having never attained more than prop status throughout the book. That last one kind of disgusts me.

Now, I have also seen some great romance novels where the child acts/seems like a real kid, and the parent-character actually thinks/speaks of the child once and a while when s/he is not directly involved in the scene. I have seen some great books that allow the child to interact with one or the other main character directly; where they have a scene alone together instead of the child just wandering in the room during important "grown up plot talk." Some books give the child character some development, which is hard to do with any secondary character and really rewarding for the reader. I have even seen some who allow the child a POV scene or two!

I am a mom who is parenting a 3 year-old on my own at the moment - I just can't handle novels that relegate the child to the status of a desk chair. I know my son has a very distinct personality - he acts and talks in an idiosyncratic way, the same as adults do. I also know that most mothers and fathers think/talk about their child a lot.

Now, I know none of us wants to read pages and pages of parents bragging/fretting over their kid, but I really do appreciate it when writers make me believe the child, and the family unit, is real.

Please stop using child characters as mere props. A child is not a potted plant. That child character some writers ignore would likely be the center of the main character's world - that is not an issue you can ignore and still maintain realism. Okay, I admit this view is largely based on a very personal understanding of parenting, but it's one reader's opinion, and I am willing to bet I'm not the only one.
Posted by Anne at 11:05 AM