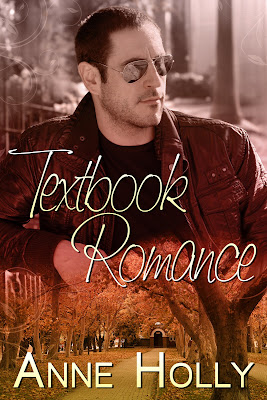 “The only stupid question is the one gone unasked,” Seth read from his cookie.
“I hate that fortune cookies are more like advice now than actual fortunes,” she complained. “Where are the ‘you will meet a tall dark stranger’ ones?”
“What was yours?”
“Love is for the fortunate, but especially for the courageous,” she read.
“Sounds like a good prediction to me,” Seth said, popping some cookie shell into his mouth and looking at her meaningfully.
“Who, me?” she said, feeling a nervous flutter under her ribs.
“Look, Libby…” he paused, as if searching for the right words, “I know you’ve been hurt before…”
“You think I’m afraid?”
“Well, it makes sense to fear something that burned you once,” he said.
“Maybe I just came to a logical conclusion,” she suggested, smarting from his insight.
“Maybe,” he agreed. “Maybe you’re brighter than the rest of us, and love is for masochists. But I also know that it can sneak up on a person, and not give you the choice, sometimes.”
Libby stayed quiet for a moment, barely breathing with anticipation.
“You know what I want?” he mused.
“What?” she whispered, breathlessly, leaning towards him.
“Popcorn and ice cream,” he said with a wink, hopping up from the sofa. “You in?”
Seth laughed evilly as the throw pillow she flung at him hit him square in the back. He returned shortly, arms filled with junk food, and two spoons.
“Why dirty the bowls?” he shrugged, and opened the tub of ice cream.
“My thoughts exactly,” she said as she dug in, nearly moaning with the joy of cherry mixed with chocolaty, chewy richness.
“Oh, to be that spoon,” he whispered as her tongue cleaned off every last trace of ice cream.
The movie had ended, but neither of them had thought to put in another as they sat together companionably. Libby smiled at him, and said impulsively, “I’m glad you’re here.”
“Me, too.”
“This is so much better than sitting here alone.”
“Gee, thanks,” he snorted.
“You know what I mean!” She landed a playful swat on his shoulder. “It’s fun to hang out with you.”
“More wine?” he offered, refilling his own glass.
“Does white wine go with cherry-chocolate?” she asked, and held her glass to him.
“At this point, I think it’ll go with anything.”
“Are you trying to get me drunk?” she asked accusingly.
“Nope,” he said. “I want you to remember what a great time we’re having. Maybe on a bad date I will, though, so you can forget it.”
“Do you suppose there will be one?”
“A bad date? Very likely,” he said and shrugged, unconcerned. “It happens.”
“So… We’ll do this again, then?” Libby chewed on her lip and watched her wine bubbles in the glass for a moment.
“Yes,” he answered with certainty. “I don’t want us to stop, if that’s what you mean. Now, eat your ice cream,” he said, moving them back to lighter conversation with a smile.
“You want some?” she asked, holding a spoonful out to him, looking innocent. But as he leaned in to take the rather large dollop into his mouth, she jerked the spoon, painting his nose with sweet pink goo.
“You brat!” he yelped, and took her wrist in his grip. “You want some of that, too? It’s pretty cold.” Twisting her arm towards her own laughing face, he smeared the frosty mess all along her chin.
“Seth!” she squealed, trying to defend herself from the onslaught while being paralyzed with giggles. “I’m sorry!”
“Sorry isn’t good enough,” he growled, taking aim at her cheek. “No mercy!”
He couldn’t contain his amusement, either, and they collapsed together, both covered in melted ice cream.
Suddenly, the atmosphere changed, and their laughter trailed off in deep breaths as he consumed her face with his intense gaze.
“Seth…” she whispered.


Chase after love? As a single mother, Professor Liberty Sullivan knows better. Between her flighty mother and a disastrous history with men, she's pretty much soured on the whole concept of romance. Personal freedom and self-reliance are her new guiding mantras. Raising her son and being a career star are the most important things now.